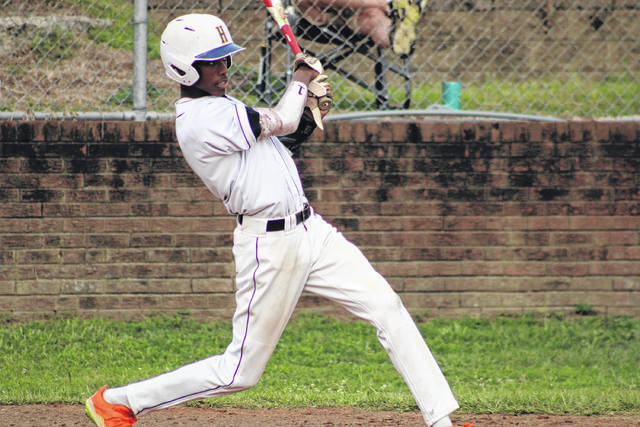 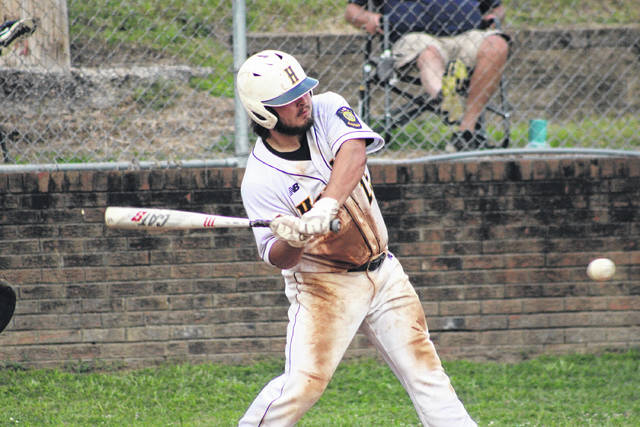 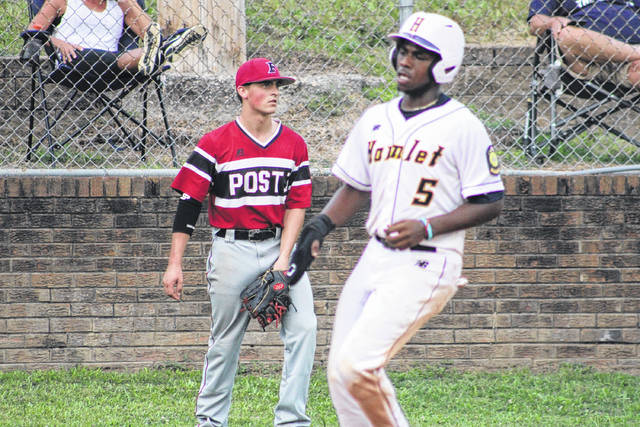 “I’ve enjoyed every second of it,” said Head Coach Chip Gordon. “We’re looking to build on this year.”

They finished their season with a record of 3-12. Gordon said players improved throughout the season.

“They’re learning things they didn’t know before and that was the whole purpose behind starting this team back up, was to teach baseball the way it needs to be taught,” Gordon said.

Gordon said if it wasn’t for this summer league, these players would have been stuck at the same skill level and not progressed to where they’re currently at.

There were three graduating players from Post 49 got an opportunity to pursue college baseball through their play in American Legion.

Every home game except for two had college scouts in attendance, according to Gordon.

At their final regular season game against Florence’s American Legion Post 1 Thursday night, Hamlet lost 3-18. Post 1 is one of the top teams in South Carolina.

The game against Florence was an add-on, non-conference game to prepare the teams for the upcoming playoffs. They played an extra inning to allow both teams to give their pitchers some extra game time.

“We wanted our kids to see the caliber of baseball that’s out there and where they need to get to,” Gordon said.

The coach was encouraged by only three errors in the game that he said the players will learn from.

Post 49 begins their playoff journey with a pair of games against Wilmington Post 10. The home game will be played on Monday.

“If we make a few plays here and there, we have the ability to walk away from both games with W’s,” Gordon said, who added that in their previous match-ups they played well.

Gordon thanked the community for their support this season.

“There will be a next season,” Gordon said excitedly. “We’re just looking forward to continuing this historic program on into the future. American Legion baseball is not going anywhere.”

To support the Richmond County Daily Journal, subscribe at https://www.yourdailyjournal.com/subscribe or 910-817-3111.

Hamlet City Manager to resign in May

HAMLET — Hamlet City Manager Jonathan Blanton informed the mayor and city council Monday his intent to resign from his role as the city’s chief administrator, a position he’s held since January 2017. His final […]

HAMLET — The Hamlet City Council on Tuesday approved an amendment to its Code of Ordinances that adds more specifics to the types of animals that are not allowed to be kept within city limits and continued their discussion of a concern over a barking dog that remains unresolved.