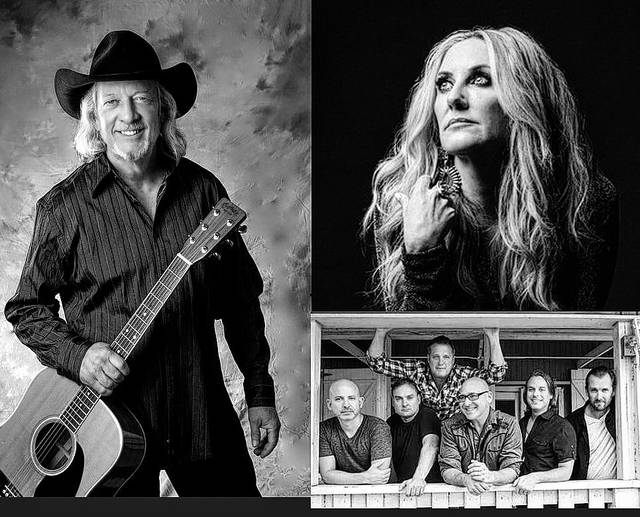 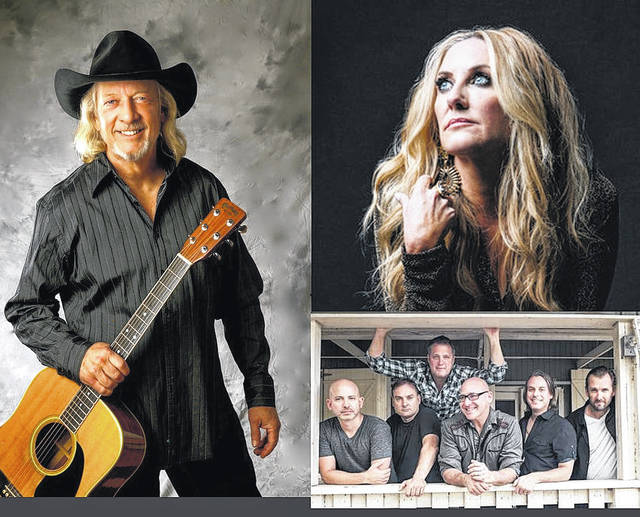 “The Rock ‘N Country Music Series was a huge hit when we introduced it last year,” Cole Auditorium Director Joey Bennett said. “With the three acts we have lined up for the 2019-2020 season, we are sure to draw an even larger following for the Fidelity series that taps into both country and rock music.”

Country music legend John Anderson has recorded 24 albums, won numerous awards and notched 20 Top 10 country singles. His latest album celebrates more than four decades of his music, revisiting hits and mixing in recent songs that speak to his artistry and outlook. Anderson will bring this history of music to the stage of the Cole Auditorium with his signature hit “Swingin,’” plus others like “Seminole Wind,” “Straight Tequila Night,” “Money In The Bank” and “Black Sheep.”

NPR Music says Lee Ann Womack “occupies rare terrain in country music.” Her latest album ‘The Lonely, The Lonesome & The Gone’ (ATO) has “some of the most immediate and deeply felt vocal performances” of Lee Ann’s career, and that she captures “tapping into the emotional core of country” (NPR). Praised by anyone from The New York Times, the Wall Street Journal, New Yorker and more, Lee Ann has sung for multiple presidents, performed award-winning duets with everyone from Willie Nelson and John Prine to John Legend, and much more.

Lee Ann has built a career on songs that slice life wide open to let the pain and desire pour out; her music is the ultimate form of connection, unvarnished and true. With six albums and international chart-topping singles to her credit, Lee Ann has earned six Country Music Association Awards (including Single and Album of the Year), five Academy of Country Music Awards, a Grammy, and much more.

Anybody who has paid attention to Womack for the past decade or so could see she was headed in this direction. The Lonely, The Lonesome & The Gone (ATO Records) — a breathtaking hybrid of country, soul, gospel and blues — comes from Womack’s core.

“I could never shake my center of who I was,” says the East Texas native. “I’m drawn to rootsy music. It’s what moves me.”

Sister Hazel emerged onto the rock scene in 1993 with elements of jangle pop, folk rock, classic rock and Southern rock. Their song “All for You” topped the adult alternative charts during the summer of 1997, and its success propelled their album to platinum status. This group of five gifted, seasoned musicians got a nod from country music fans when their 2016 album, “Lighter In The Dark,” landed at No. 4 on the country charts. In concert, the band brings a lively show with sing-along favorites like “All for You” and “Happy,” in addition to a mix of new tunes that stay true to their Southern rock roots.

The RichmondCC Foundation will once again offer the VIP Club for the Fidelity Bank series, giving concert-goers a pre-show reception, meet-and-greets with performers and special parking. Package prices are $500 per couple or $350 per individual. If interested, mention the VIP Club when you call for show information on ticket pricing.

Individual ticket prices range from $40 to $50, and season tickets range from $100 to $200 (pricing depends on seating section). On Friday, tickets will be available by phone and in person. Call the Cole Auditorium Box Office at (910) 410-1691 to purchase tickets or other information. Information is also available on Facebook, Twitter and YouTube, or visit www.richmondcc.edu/rockncountry. All shows begin at 7:30 p.m.