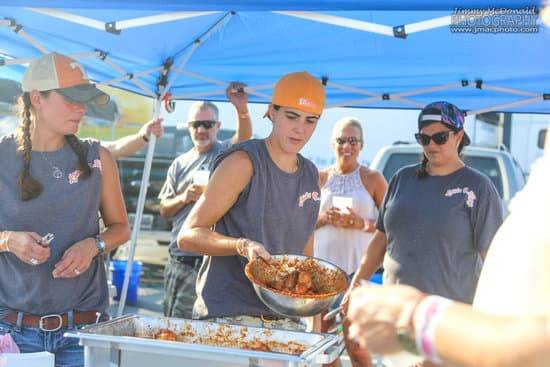 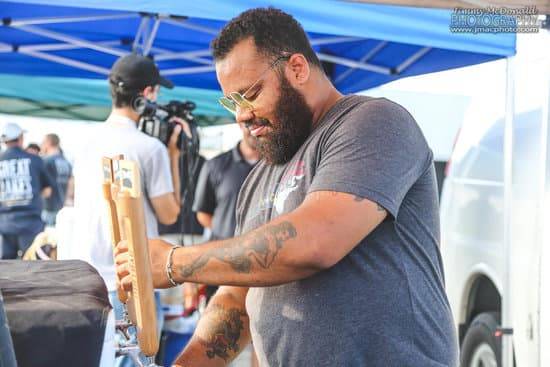 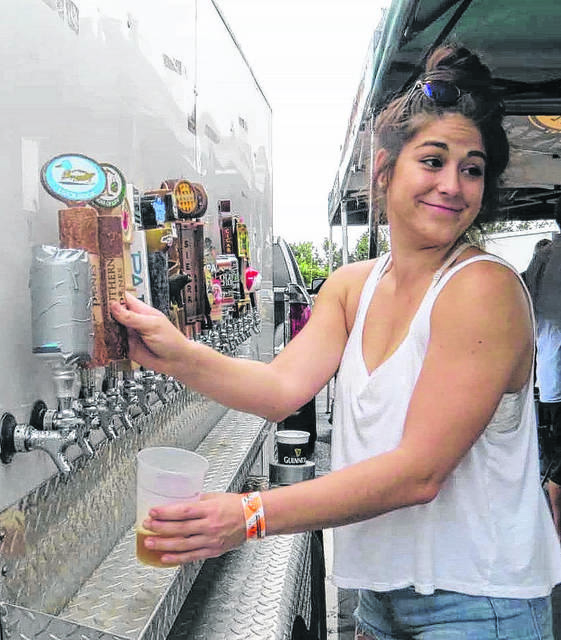 File photo Alyssa Cambeiro, a volunteer with Healy Wholesale, pours a beer at the 2017 Hoptoberfest. 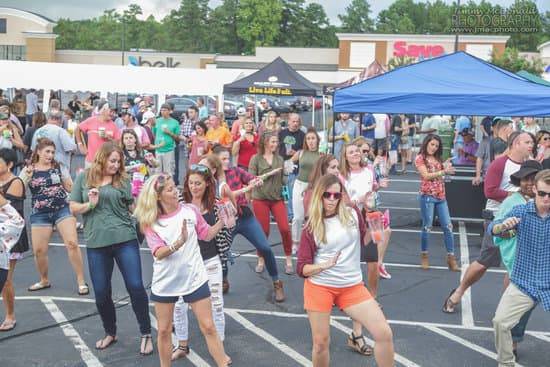 ROCKINGHAM – There will be more than 75 craft beers from around North Carolina at the Fifth Annual Hoptoberfest in Rockingham.

Hoptoberfest is to be held at Rockingham Dragway on Oct. 5.

The event is sponsored by the Richmond County Chamber of Commerce and will feature sampling of craft beer and chicken wings.

“Event-goers can expect to taste some of the best craft beer and chicken wings in North Carolina.,” said Emily Tucker, president of the Richmond County Chamber of Commerce, in a press release.

One of the main attractions to the event is the Annual Chicken Wing competition sponsored by Perdue. Over 12 teams have already committed for a chance at bragging rights for the “Best Wings,” according to the release.

Along with the craft beer and chicken wings, event attendees will enjoy the sounds of The Voltage Brothers live during the event.

The Voltage Brothers have traveled the world with the Kool Jazz Festival and appeared with renowned artists including: Frank Sinatra, The Temptations, The Commodores, The O’Jays, Kool & The Gang, Gladys Knight and the Pips, and Earth, Wind, & Fire.

VIP tickets include early entry, access to VIP tent with specialty beer, wine and snacks; sampling from beer vendors with souvenir cup and sampling of chicken wings from competitors.

General Audience tickets include sampling from beer vendors with souvenir cup and sampling of chicken wings from competitors.

Designated Driver tickets include entry to the event with access to free bottled water and sampling of chicken wings from competitors.

Designated driver wristbands are $15 online and at the gate.

Tickets can be purchased online at Eventbrite.com or by visiting www.richmondcountychamber.com. Tickets can also be purchased in person at the Richmond County Chamber of Commerce, 2 W. Main St., Suite 204, Hamlet.

Hoptoberfest is Saturday, October 5, 2019 at Rockingham Dragway. VIP: 3-4pm and General audience enters from 4 to 7 p.m.