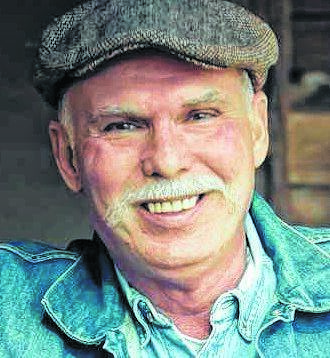 Stories and history play a big part of who we are today. Both are intermingled to make up the very fabric of who we are in our own society. Some stories that are told are as true as the Holy Scripture while others just seem to make our lives more exciting and sometimes we even get a good laugh out of them. Like the story of how the old stoplight in the center of the little town of Ellerbe was taken down after the new 220 Highway by-pass was built. Why some folks say it’s now hanging up in The Smithsonian Institute in Washington D.C. Seems in the summer time that light could back up traffic farther than any stoplight in the country.

Well, I for one, don’t rightly know if’en the above story is true or not, but the rest of this here story about the history of town of Ellerbe is supposed to be as true as the scriptures.

For many years, Native Americans would pass through northern Richmond County and stop to drink from the sulfa mineral water that came from springs located where Ellerbe Springs is today. They believed the mineral water would heal their ailments and cleanse their souls.

From 1793 until the middle 1800’s, there was no place called Ellerbe Springs. There were just some small mineral springs around a little town whose name kept changing.

In 1762 an Act was passed by the Colonial Assembly meeting in New Bern to provide for a road to be built from Cross Creek (Fayetteville) to the western part of our state. It would cross the Pee Dee River at Shallow Ford which was later known as Grassy Island. The road passed right through the area that we know as Ellerbe. In 1781 another road was opened from Hick’s Creek around Cheraw to Guilford Court House around Greensboro. You guessed it, both roads intersected at a point called “Crossroads” (Ellerbe).

A little trading post was set up at Crossroads because both roads were used by farmers and merchants on a daily basic to get their goods to market.

Crossroads only kept its name for a little while and then it was given the name of “Hurricane”. It seems there was just the trading post with its couple of stories and only a few houses but there were a lot of open sandy fields (Sandhills) in the area. Little sand storms and dust devils would form in the fields and it looked like a Hurricane was coming toward you. Even today, if you live close to one of these open sandy fields, you know what it’s like around the month of March.

In 1793 a man by the name of Matthew Dockery secured the land around what is now Ellerbe Springs. The very same year a Scotsman by the name of Richard Adams purchased the land from Dockery. Adams was a wealthy man and carried a lot of influence in the county but he also had a bad temper; especially when he’d had a few drinks of whiskey.

Scottish people had already settled in and around Cross Creek (Fayetteville) all the way to the Uwharrie Mountains section of our state. The Scots brought with them many of their traditions from their homeland of Scotland. One of their traditions was their Scottish fairs. The Scots would use these festive occasions to wear their kilts, play their bagpipes and dance their highland flings. This was a time to rekindle old friendships and make new ones. Like most Scots, drinking good whiskey was their way of celebrating.

In the old Scottish tradition, a fair was started at Hurricane under the leadership of Richard Adams. It wasn’t long before the name of the small town became known as “Fairgrounds.” The fair was held twice a year in May and November and continued to get bigger every year.

During the fairs, people would bring all types of commodities to sale and trade. They had everything from dry goods, crafts, sacks of flour and corn meal to hams and chickens. Why there would be horse racing, all types of athletic events and of course, barrels of whiskey. Also with all the fun and frolicking, came gamblers and what they called Catch Pennies (someone that tries to get your money in any way they can). Fights were also a common thing.

Remember Richard Adams and his hot temper? Well it seems that on one occasion, Mr. Adams had way too much to drink at the fair and had gotten out of hand. His friends finally got him on his horse and started towards his house which was only a few miles away. On the way home, Adams was cursing every breath and waving his flintlock musket around in a dangerous way. Finally Adams and his friends came within sight of his house. There in a field was Adam’s bound boy, by the name of Chavis, planting corn. For some reason, Adams didn’t like the way that Chavis was planting his corn. Adams just about fell off his horse and started cursing at the young man and pointed his flint-lock rifle toward the boy as if he was going to shoot him.

The boy, fearing for his life, grabbed the gun and somehow during the scuffle, Chavis struck Adams on the head with the gun and killed Ol’ Adams right there on the spot. Before Adam’s friends could react, Chavis done fled into the woods and hid. But he was soon captured, brought back and tried for the murder of Adams. Somehow, Chavis got a prominent lawyer by the name of Hutchinson to represent him. The court lasted for several days but in the end Chavis was cleared of all charges. Why some say on moonlit nights you can still see Richard Adams’ ghost (with his bloodshot eyes) down by the springs waving that Ol’ flint-lock rifle around. They say he’s still seeking revenge for the loss of his earthly life.

The Scottish Fair at “Fairgrounds” continued till around 1840 when it was closed because of lack of attendance; although there was still a Scottish Fair in Laurel Hill. The fair at Laurel Hill continued until after the Civil War. Seems the fair started drawing in all sorts of people and when a quarrel broke out people wouldn’t adhere to the old Scottish rule of a fist and skull fight and get up and make friends, but would use weapons which cause a very unsafe environment for all the fair goers. It took an act from the N.C..State Legislature to close the fair down.